… It’s Where the Light Gets In

Les Cordes Résonnantes founded in 2018, is a Lebanese based chamber music ensemble that specializes in a wide repertoire of Baroque, Classical music as well as different musical genres. Significantly the ensemble incorporates Lebanese professional musicians that are eager to achieve and accomplish all the challenges of creating quality music at its best.

Their passion for Music excellence makes of Les Cordes Résonnantes one of the new and most promising classical chamber ensembles in Lebanon.

So far the Ensemble has successfully participated in various musical events/festivals in Lebanon as well as in international festivals in France.

The Ensemble has shown an active spirit organizing and creating one of a kind projects, to enrich the classical music scene in Lebanon and nourish its audience with new performing experiences.
In Beiteddine they will present an wide-ranging program of Opera arias, as well as musical film scores. 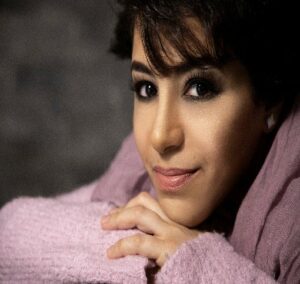 Born in Lebanon, Lebanese-Canadian soprano Lara Jokhadar is a graduate alumni, in classical singing from the Lebanese National Conservatory of Music in 2014 and in Advanced Opera Studies from the Tor Vergata University of Rome in 2018.
She has been traveling regularly to Europe to perfect her career with outstanding figures in numerous master classes; notably with Madame Montserrat Caballé in Spain, Elizabeth Norberg-Schulz in Italy and Simone Alaimo in Italy. In 2017 she has reached the semi-final round in Vox Artis competition for opera singers in Sibiu, Romania.

Lara has appeared in many opera roles on stage, such as “Cecchina” in Puccini’s La Cecchina o La Buona Figliola, at the Ennio Morricone Auditorium in Rome conducted by maestro Gabriele Bonolis, “Countess Almaviva” in Mozart’s Le Nozze Di Figaro, “Fiordiligi” in Cosi Fan Tutte by Mozart as well, “Lola” in Pietro Mascagni’s Cavalleria Rusticana, and “Abla” in the Arabic opera “Antar & Abla” by Maroun Al-Rahi at The Muscat Royal Opera House.
She has sung under the baton of Austrian conductor Manfred Mussauer as well as Lubnan Baalbaki with the Lebanese Philharmonic Orchestra in Beirut, Andre Al Maalouly with the Orpheus Orchestra at the Damascus Opera House in Syria where she has become a recurrent guest artist and in Pergolesi’s Stabat Mater with les Cordes Résonantes under the direction of Joe Daou.
Lara is the co-composer, assisting Elie Chahoud, of the Arabic oratorio “from Supper to Resurrection” that has premiered in Beirut with the Lebanese Philharmonic Orchestra on April 8, 2022 and has sung the role of Mary Magdalene in it, under Garo Avessian’s direction. 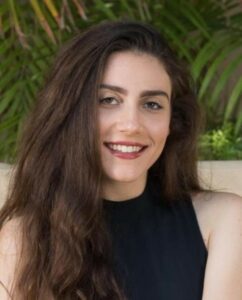 Natasha Nassar is a Lebanese- American mezzo-soprano whose career has taken her across the globe. Born in London and raised in Dubai, Ms. Nassar later attended prestigious boarding schools in the United States of America. Ms. Nassar is a graduate of Northwestern University, where she completed her degree in opera performance. Her accomplishments include numerous operas and musical productions, master classes, competitions, awards, opera programs, and concerts/recitals. Some of the highlights of her career include her Carnegie Hall debut where she performed as a solo guest artist, as well as her performance at the Dubai World Cup, where she was invited to sing at the opening ceremony. Currently, Ms. Nassar is based between New York and Beirut. 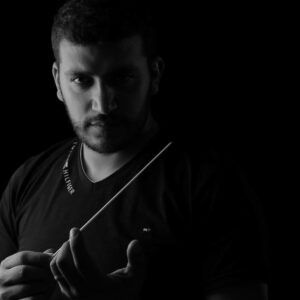 Joe Daou is a Lebanese conductor, violist, musicologist, and
Organ specialist. He was the conductor of the Baroque Ensemble chamber orchestra between 2012 and 2018. He currently conducts the Les Cordes Résonnantes ensemble.
Mr. Daou is a graduate of Notre Dame University in
Lebanon with a Master’s in musicology and the Lebanese
University with an Engineering Diploma, he also studied at the Lebanese National Higher Conservatory of Music. He subsequently studied conducting and early music interpretation in Italy and France. Being a distinguished engineer as well as a musician, Mr. Daou is currently the leading Pipe Organ builder and restorer in the Middle East. 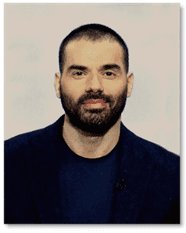 Elie Sfeir studied Computer Science and Music at the Holy Spirit Kaslik University. He regularly attends cultural workshops around the world, the most recent of which are History of Arts and History of Color at the
Louvre Museum in Paris. Sfeir established the “Cultural Center of Ajaltoun” in 2017, which has organized, since then, a multitude of conferences, theater workshops, recitals, artistic and floral exhibitions, classical and jazz concerts and other prestigious events. The Center forged successful collaborations with national and international cultural institutions. Elie is passionate about arts, music and culture and he is a true “cultural activist”. 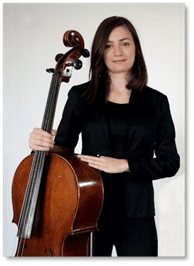 Born in Beirut Lebanon, Nayiry Ghazarian started her musical studies in cello performance at an early age. After studying in Lebanon, she continued her bachelors and master’s diploma in teaching and performing arts specifically as a cellist at Komitas state national conservatory of Yerevan (2011-2019), with Professor Armen Mesropyan. Graduating her masters as an honor student. Meanwhile she is an active participant in different solo, chamber music and orchestral concerts in Lebanon, Italy, Latvia, Lithuania and Armenia. A deputy first prize winner at international music competition Grand prize virtuoso in chamber music. A principal cellist at Ganachian piano trio ensemble. A principal cellist at Les Cordes Résonnantes ensemble. Also, she’s was a principal member at Hamazkayin P.Ganachian music school as well as a cello instructor 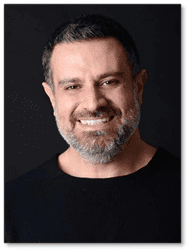 From Masters in Law, to the cultural field, M. Samer Saade was for
9 years the Manager and the Spokesperson of the Lebanese German Cultural Center – Kulturzentrum, Jounieh. He plans and manages the relationship with different partners and stakeholders, including initiating and developing new partnerships, at the national and international level: embassies, schools, musicians, painters, cultural centers, artistic institutions. He was also the responsible of pedagogical and cultural activities and Coordinator of UNESCO activities at the Lebanese Schools, he managed the events and activities related. The experience in leading cultural centers has provided him with excellent knowledge and expertise in arts and culture that will allow him to immediately identify the good opportunities available in the community.

Marc Abou-Abdallah holds a PhD in Middle Eastern ancient history from La Sorbonne in Paris in 2010, and a degree in communication skills from McGill University in Montreal in 2018. Since 2011, he has been teaching in diverse Canadian and Lebanese universities many subjects; which some of them are related to the history of the Middle East, and others about ancient languages and social sciences. He has several publications, books and referenced articles in peer review journals. He attended some local and international symposiums and webinars, in which he gave conferences about the history of Byblos, the invention of the alphabet, wars and conflicts in the Middle-East.