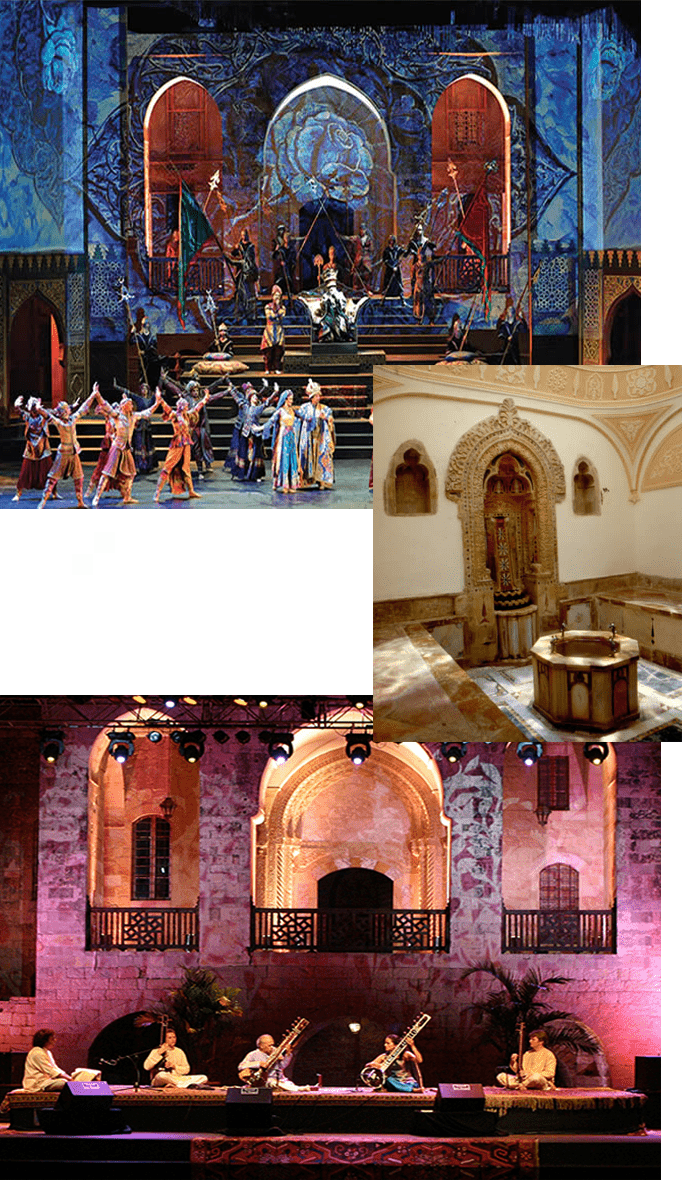 One of the leading festivals in the Middle East!

The Beiteddine Festival is one of the leading festivals in the Middle East. It takes place in a large and magnificent 200-year old Palace in the Chouf Mountains, in Lebanon. The Palace is a jewel of Lebanese architecture with its many courtyards, monumental gates, elegant arcades and leveled galleries.
Each year, in the months of July and August, the Festival presents outstanding performances by world famous stars and Lebanese artists.
Concurrent with the performances, the Palace houses one or more international art exhibits.
The Festival’s first edition was launched in the summer of 1985 amidst the war. It came as an act of faith in Lebanon’s cultural role and power of creativity, a call for normality amidst the chaos and madness of war. It was born and has grown in very difficult times and made it against all odds. As of 1987, when Nora Joumblat and an Executive Committee took over the organization of the Festival, it gradually gained regional and international recognition. Since 1997, a new step forward is recorded: the external courtyard of the Palace is fitted to host 5,000 persons. On the creative level, the Festival started producing its own performances, particularly Lebanese plays. The variety and the quality of the Festival’s activities attract an ever-increasing audience (51,000 persons in 2003) in which the young generation is worthily represented The Festival is a non-profit organization. Its growth from a local venture to its current status as an international event is due to 2 main factors:

65% of the Festival’s budget comes from ticket sales and 20% from sponsors and a symbolic governmental aid of 15%.
Every summer, around 50,000 spectators gather in the Palace’s spectacular courtyards to attend different performances.
The Beiteddine Festival has presented an impressive variety of artists.

The large courtyard can receive around 5,000 spectators. It is used for big events like musicals, classical orchestras, operas etc... 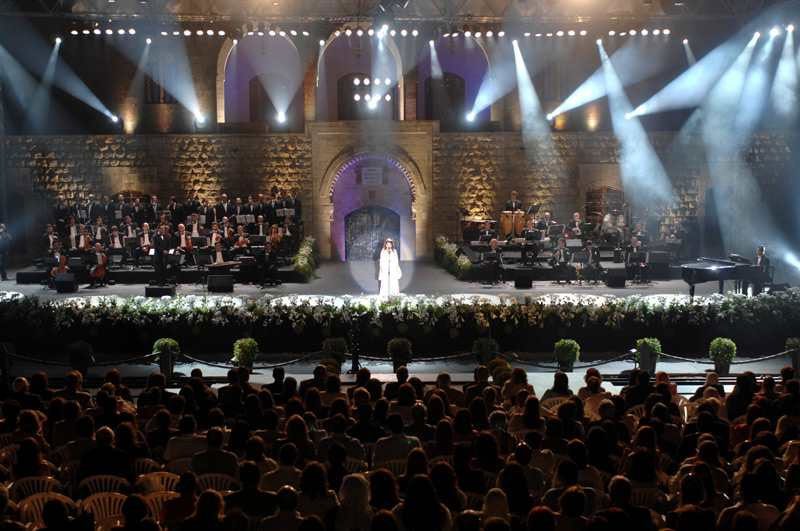 The middle courtyard has a capacity of 1,500 spectators. It is an exquisite venue set-up around a lovely fountain.

A high arched exhibition area, situated at the entrance of the Al Midan 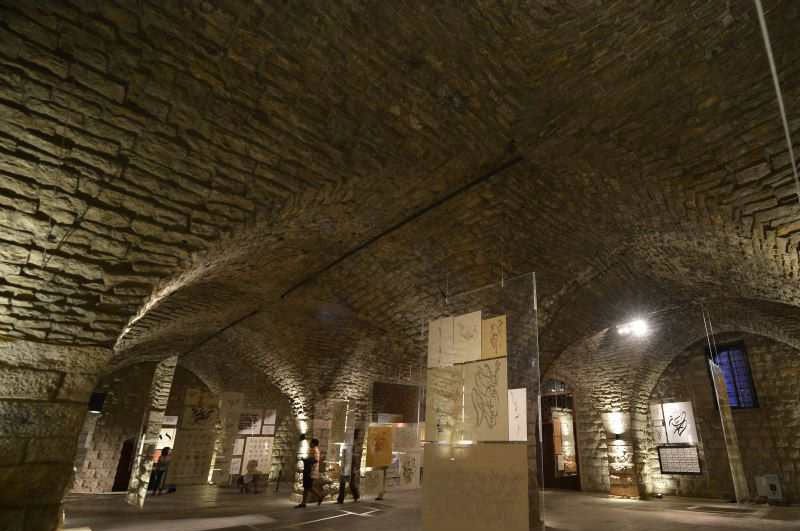 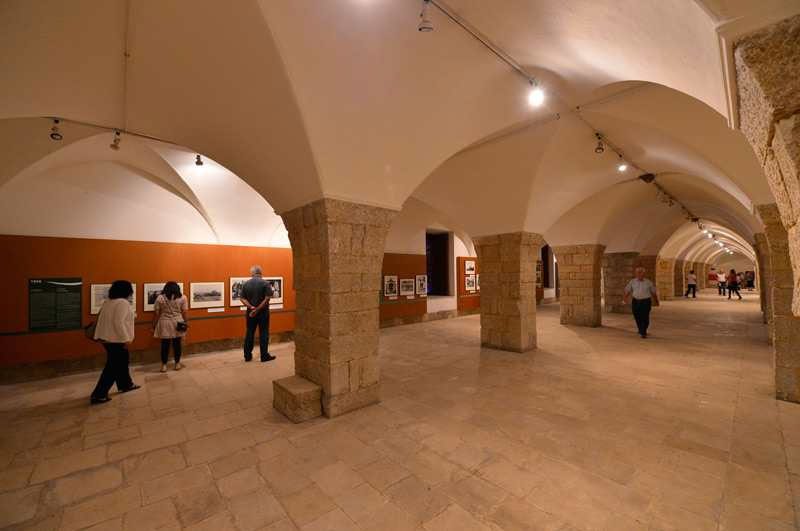